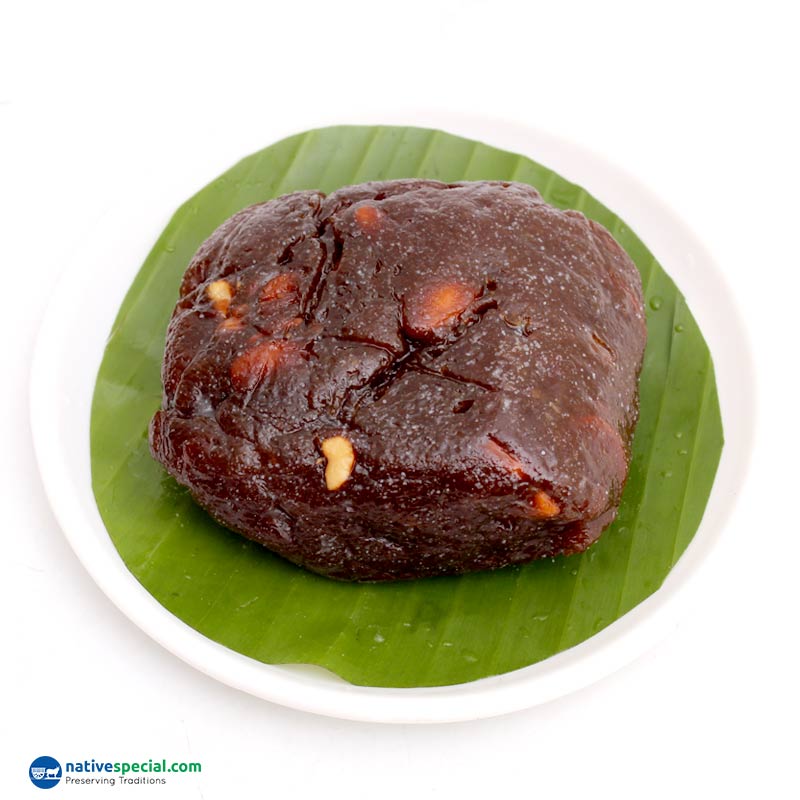 Bandar Halwa is one of the famous Sweet of Andhrapradesh, especially in Machilipatnam Andhra pradesh.

Bandar Halwa is a delicious dessert from the Bandar/Machilipatnam region of Krishna District, Andhra Pradesh. Bandar Halwa has a rich chewy texture filled with cashew nuts which makes Bandar halwa tastier & unique. This traditional dish is mostly prepared during the festive season. Initially, it has been originated Bandar (Machilapatnam) area & sold out only at its localities. Now, this Bandar Halwa is a very popular sweet all over the state. Get this traditionally made Bandar Halwa at your doorstep.